On Friday, 11 May 2012, the Parish of Our Lady of Fatima of the Holy Rosary celebrated the Golden Jubilee of the Franciscan Missionaries of Mary or better known as the FMM sisters in Kota Bharu, Kelantan. The joyful occasion was graced by the presence of Bishop Antony Selvanayagam of Penang and Archbishop Emeritus Soter Fernandez, who together with our Parish Priest, Rev. Fr. Robert Daniel concelebrated the Jubilee Mass.
The mass began with a lively Entrance dance by 6 Sarawakian children,  splendidly dressed in traditional costumes followed by 25 FMM sisters who had come to join in the celebrations. In his homily, Bishop Selvanayagam spoke on the presence of the FMM in the predominantly Muslim East Coast states and how they have touched the lives of others in the last 50 years. During the Offertory, various gifts were offered – the first being a globe  which signifies that the FMM is present all over the world. It was significant that Sr. Angeline Poh was chosen to offer this gift, as she is the first religious vocation to the FMM from Kota Bahru.
After Thanksgiving, to commemorate the event, a slide-show presentation entitled ’50 Years of FMM Mission in Kota Bharu’ was shown, highlighting the history and the contribution of the FMM to the local community in Kelantan. Happy memories of past events, the Fatima Kindergarten and faces of FMM sisters who had served here were rekindled.
In her speech on behalf of the FMM, the Provincial of Singapore/Malaysia, Sr. Mary Soh thanked the bishops for their presence, Rev. Fr. Robert and the whole parish who have contributed to make the whole celebration a joyous occasion. All the FMM sisters present then presented a special “Thank you” Song and prayed a special blessing for all present.
The Parish of Our Lady of Fatima would like to express their gratitude to all FMM sisters, past and present who have made a difference in our personal lives and the life of the parish.
In the spirit of St. Francis of Assisi, may the Franciscan Missionaries of Mary continue to make their presence felt and continue to touch the lives of all they meet.

A BRIEF HISTORY OF THE FRANCISCAN MISSIONARIES OF MARY IN KOTA BHARU
The Founding of the F.M.M. Mission
50 years ago, the first Franciscan Missionaries of Mary, FMM sisters arrived in Kota Bharu, in response to a call from the late Bishop Francis Chan of Penang.  In August 1961, our FMM General Council accepted the proposition of a zealous missionary, Rev. Fr. Tavennac, MEP for a new foundation in Kota Bharu. The new community named “Our Lady of Fatima” was set in a midst of a population of 95% Muslims of which not more than 500 were Catholics. The pioneers arrived from Petaling Jaya and Singapore by air and by train to the enthusiastic welcome of K.B. parishioners!
On Tuesday, 1st May 1962, on the Feast of St. Joseph the Worker, the convent  was blessed by Fr. Tavennac after the 7.00 am mass and the foundation of the FMM community was officially established.

FMM Convent, Parents Voluntary Association, Kindergarten, Medical Clinic
Fr. Tavennac had earlier started his own kindergarten with some lay teachers, hoping for some sisters to join the force. Soon the Sisters took charge of the Kindergarten of 96 pupils and 3 teachers. Under the care of the Sisters, it reached an enrolment of 220 within a few years.
In 1966, the convent was built at about the same time as the new Church. The priest's house which the sisters had occupied became a Youth Centre and Hostel for working girls from outstation. The original church, built in 1950 by Rev. Fr. Guitatt, a visiting priest from Kuantan, became the priest's residence.
A group of active mothers of the Kindergarten pupils started the Parents Voluntary Association (PVA) with the encouragement of the Sisters in 1966. Their aim was to help the poor and needy of Kota Bharu. They visited the hospital, distributed magazines and taught handwork to the children. They also visited the Old Folks' Home and Sabak fishing village to distribute old clothes and milk. Later, they organised cooking demonstrations and sewing classes for under-priviledged girls and women at a PVA Centre in a rented flat. The Sisters attended their monthly meetings and assisted in their work. A Sister and a lady also reached out to kampung women who could not come to the Centre. They were taught cooking and sewing, to have a balanced diet, and to improve their income.
In May 1968, a medical clinic was started in a small room in Melor (12 miles fromKota Bharu). A trained nurse from Assunta Hospital, Mary Ann Fletcher was recruited to serve at the Clinic. The Assunta Clinic continued its service until  1971. Mary Ann has since joined the FMM
Once again in March 1975,  we see the sisters back in the site of the former parish house. According to the thinking of the time (Post-Vatican II) Sisters should reside in a less institutional building. On the advice of the parish priest, a convent in the style of a kampung house made of wood was erected. This is the building the sisters are occupying at present. It has undergone several renovations since then.

FMM Hostel / Villa Francis
In 1970, a hostel for female teachers was opened.  In 1976, the original convent became a hostel for boys. It housed about 20 boys from outstations like Tumpat, Pasir Mas and Kuala Krai. Today it has been renovated and renamed ‘Villa Francis’ and provides accommodation for working adults and doctors doing post-graduate studies in USM. 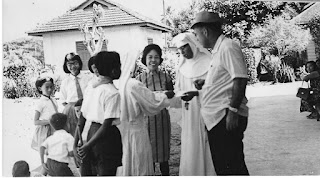 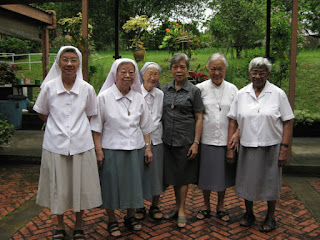 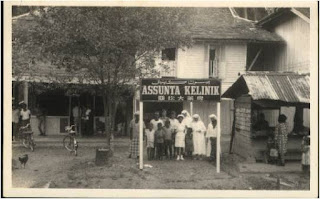 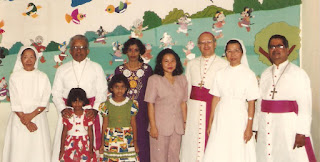 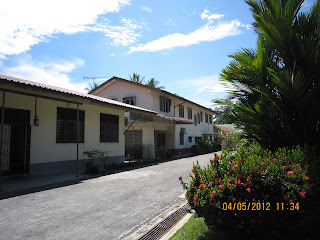 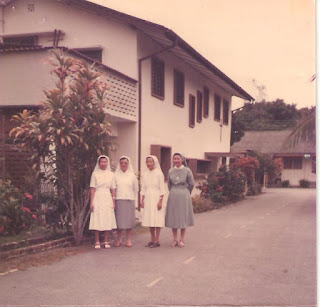 FMM OUTREACH
The FMM Sisters continue to be fully active in the life of the parish. They travel every week to  serve the Sarawakian Catholics of Kem Desa Pahlawan, in Bukit Cina, about 30 km away from Kota Bharu and Kem Batu Sebelas in Tanah Merah by organizing catechism lessons for the children and adults preparing for the sacraments.

FMM Sisters' Role in the Parish
The FMM Convent is the centre of communication for the parish as most parishioners and tourists contact the Sisters for information and help when the parish priest is away. The Sisters teach in the Kindergarten as well as catechism/RCIA to children and adults in the 4 major languages.  They accompany the parish priest to outstation communities for the celebration of mass. The Sisters also visit parishioners and families of Fatima Kindergarten pupils and to bring communion to the sick. They support the BEC’s and coordinate the Campus Youth Ministry (presently the Kelantan Catholic Youth Society, KCYS)  and help to facilitate the celebration of liturgy in the parish.

(Adapted and updated from ‘History of the Franciscan Missionaries of Mary in Kota Bharu’ compiled by Sr. Assunta Theresa, FMM,  Feb 1995)

"Give Hope Give Life" 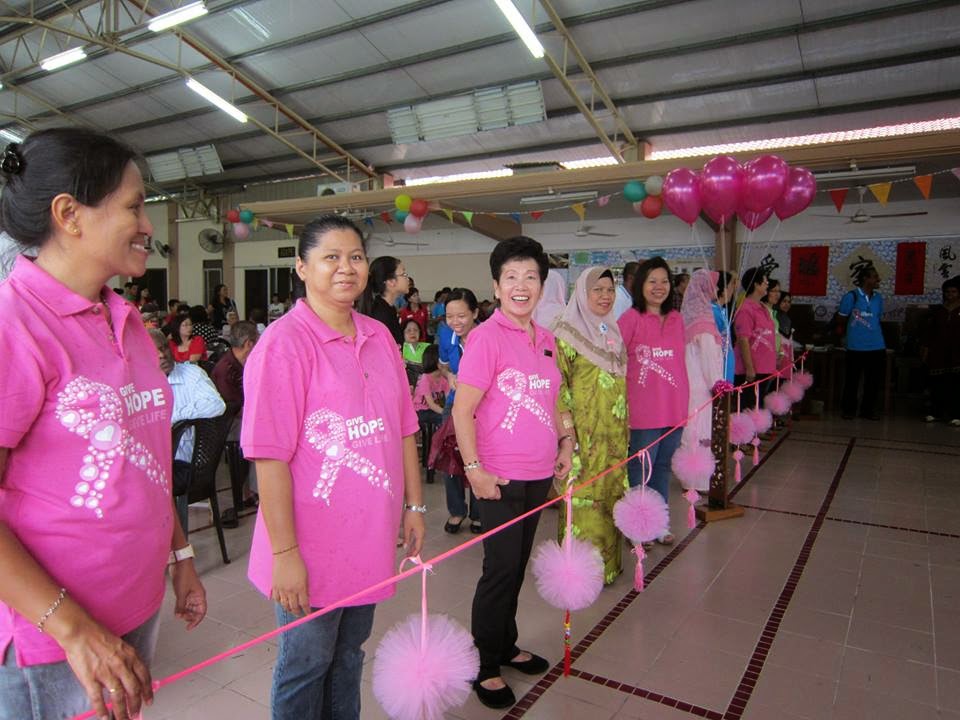 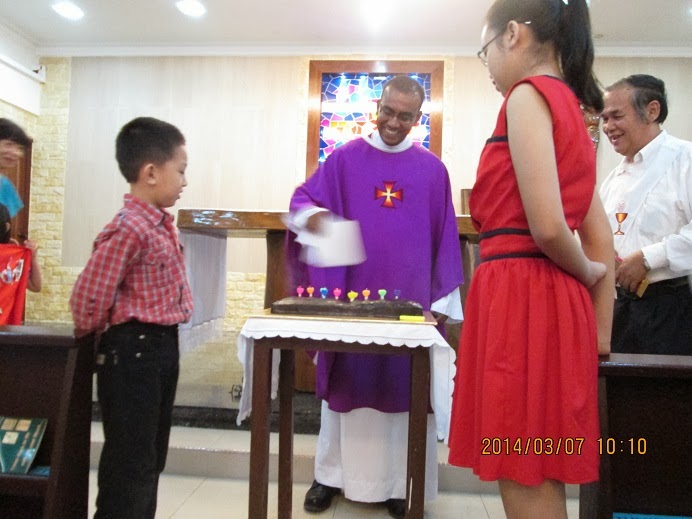 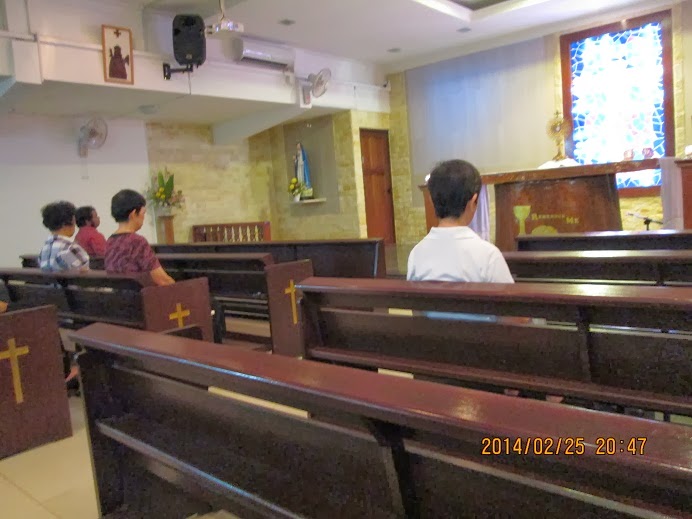 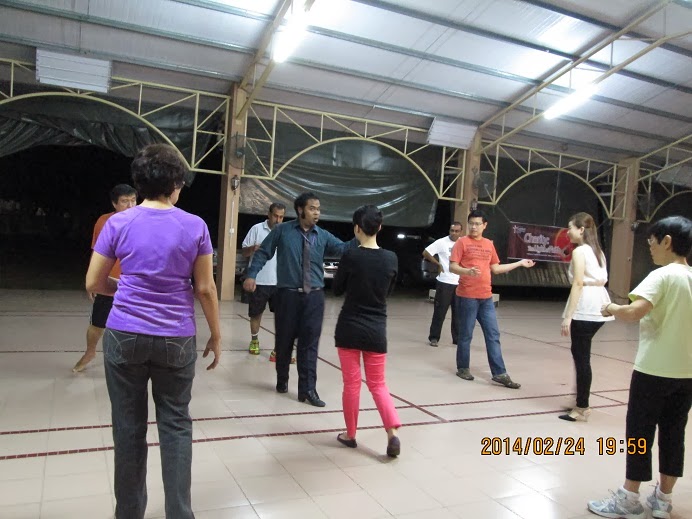 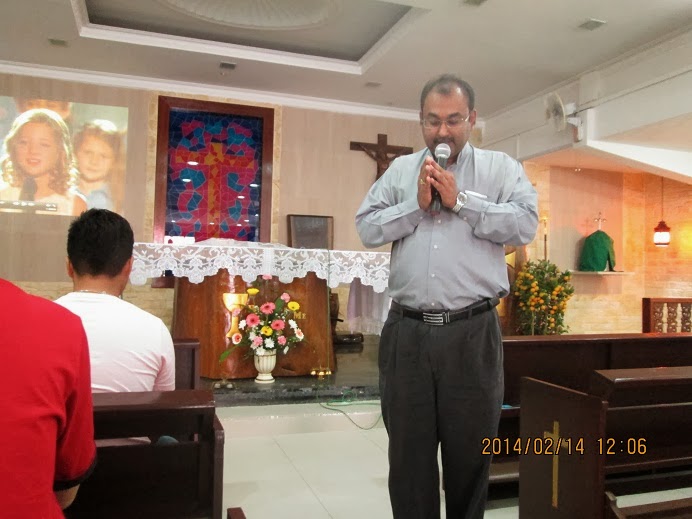 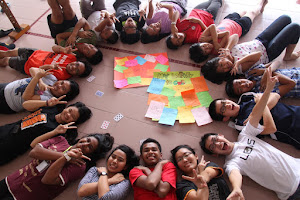 Read about this in Parish Event 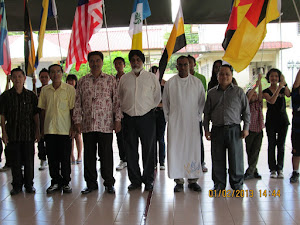 Hi,
Welcome to our official blog.site This blog is created to post events which are happening around the church life. It is also a Catholic website engaged with faith life and experience of the community as they reflect on the significance of their life and calling within the given context. All comments and reflections posted on the blog are meant to enhance and deepen personal faith and promote greater involvement in the church.

The Church-blog does not welcome any seditious or unpleasant remark or criticism which could deter human and spiritual growth and religious peace and harmony. No article or picture published in this blog can be removed or extracted partially or fully and be used or published elsewhere without prior permission from the parish priest. Please practice prudence and respect.